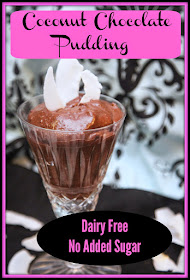 Who doesn't love chocolate pudding?  I admit, I'm a sucker for the "instant" variety.  I know it's probably not the most "wholesome" thing out there, but once I discovered the "shaker" way to make it (milk + pudding mix into a Tupperware-type container, shake until you count to 30, and fridge for half an hour),  it became my go-to dessert.  I have memories of Luke making the pudding when he was only two or three.  He didn't know how to count to 30 yet, but he could count to 10 three times!

After Matthew was diagnosed with a dairy allergy, we got away from pudding.  The instant stuff does not easily work with alternative milks (you can kind of coax it to work, but it's temperamental and iffy).   Plus, we have always had a gas cooktop.  Instead of kiddo making pudding, it was Mom stirring until it was done.  We started baking desserts instead - cookies and cupcakes were still kid-friendly to make but involved less open-flame-contact potential with high-energy toddlers.

This thick, rich version is almost as easy as the instant - there's no hovering and stirring while the milk heats, but it's still reliable with coconut milk.  (Younger children may still need a helping hand with the heating and pouring, but it's not all on Mom to prepare.)  This recipe will work with either coconut milk from a can (this is how we make it for Celia and Damien) or the coconut milk beverage that comes in a carton.  If you are using the canned version, make sure it's coconut milk and not "cream of coconut." 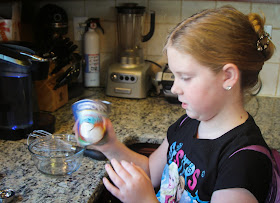 Pour milk into a small saucepan. 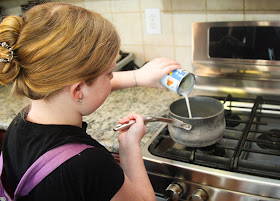 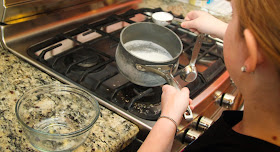 Turn on burner and heat milk until steaming.


Add gelatin into the coconut milk in the mixing bowl. Whisk until combined. 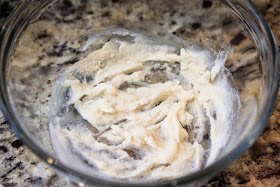 Add hot milk to gelatin mixture and whisk until smooth. 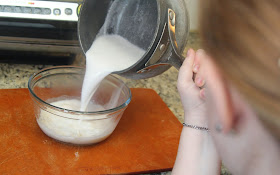 Add chocolate and allow to sit 2-3 minutes (until chocolate softens and begins to melt). Whisk the mixture until smooth. 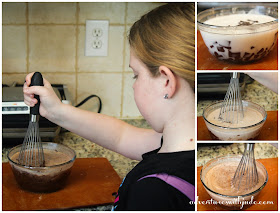 Whisk in the salt. Be careful to add it fairly evenly, rather than in one big pile.  (Tip: Pour the salt into your hand so you have better control over it.) 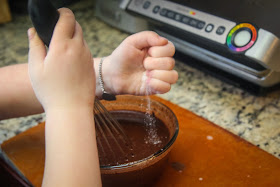 Cover and refrigerate until firm - about 2 hours. If you don't care for the "skin" that forms over cooked pudding, place plastic wrap directly on the surface of the mixture. 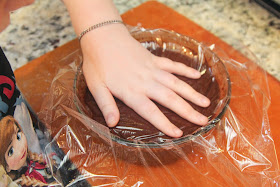 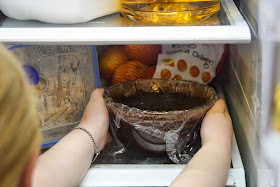 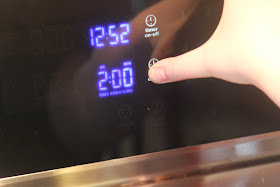 While you wait, tidy up. There's usually somebody willing to lick the whisk. 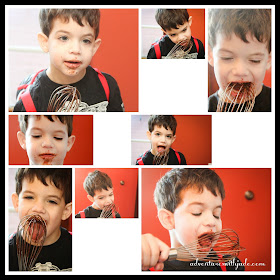 Once the pudding is set, spoon into dessert glasses and enjoy.  Optional: top with shredded coconut. 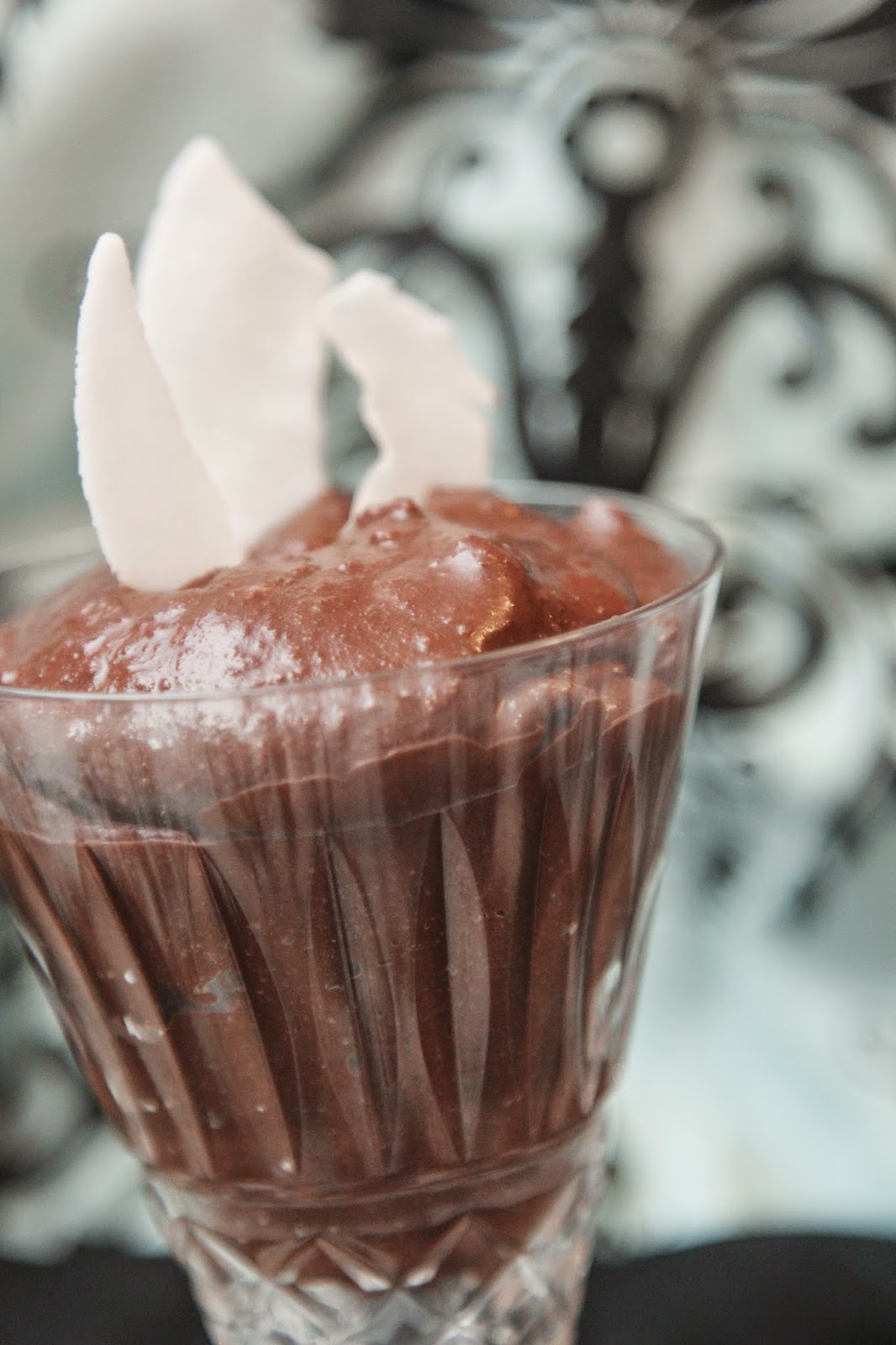 ©2012- 2015 Adventures with Jude. All rights reserved. All text, photographs, artwork, and other content may not be reproduced or transmitted in any form without the written consent of the author. http://adventureswithjude.com