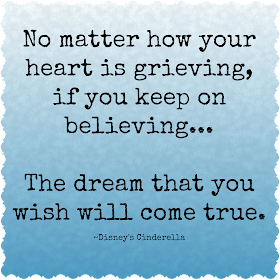 We're three years into our homeschooling journey, and so much has happened.  When Jude began homeschooling, the idea was maybe he'd go "back" to school in first grade.  Didn't happen.  Returning in second grade hasn't happened, either - he's in second grade now at home, and definitely not capable of being in a regular classroom.  However, he's grown so much, and it's weeks like this week that I'm reassured we made the right decision.

I try not to focus on the hard stuff with Jude, and all of the things holding him back from being "average."  While the focus of Adventures with Jude has been to share what we're up to, sometimes what we're up to is crying.  I've written about our down times, but they're part of our journey.  Our adventure hasn't been just field trips and cupcakes and lots of shiny new things to try out.  Sometimes, it's tears because a venue was overwhelming, or somebody ate the last cookie, or we've tried so many programs that we can't even decide if one more is even worth trying. (It was - sixth time lucky!)

I'm highly doubtful that Jude will ever go to a "regular" school again, but by now, I'm ok with that. We have our good days and our not-so-good days, but overall, he's thriving.  He'll get to where he should be at his own pace, and with our high school situation, I don't see any reason to push him into a classroom (where he really doesn't want to be - the thought of going to school even with Celia petrifies him) just to bring him back home again.  Since we began,  Luke's high school closed, and he began learning with us.  Matthew is now home, too.  In part, it's because we don't have a high school option for him for this coming fall, but we brought him home for 8th grade instead of waiting until 9th because we were convinced it was the better thing for him.  I never thought I'd be doing high school before most of elementary, and I'm not sure how we'll survive third grade, but when Jude gets to 8th or 10th grade, we've got plenty of great ideas! Damien is now beginning to transition to full-time school as well, and I think the most excited to do schoolwork, bugging and begging until he gets a turn.  One benefit of trying to reinvent so many wheels with Jude is that if nothing else, I have about twelve different curricula for him to try out -- plus any new ones we are blessed to review.  After three years, homeschooling isn't so "new" or "weird" anymore.

Remember how I said in the beginning homeschooling was an idea, not a plan, because plans never seem to turn out how you expect them to go?  I'd say now that it's many "ideas" that we're working out as we go.   It's OK, though -- because even though the journey has been bumpy, it's been one I wouldn't change.  Looking forward is still daunting, but stopping for a moment to look at how far we've come and how many friends we've made has been amazing.  I'm amazed at how much I've learned - not just from the books and videos I've taught from, but from Jude, too.

When we started out three years ago, my heart was grieving for Jude.  He seemed to have so much to overcome, and that first year just kept heaping on.   My heart knew that maybe what the doctors and therapists were saying was true about him then, but we refused to believe that that was the best he'd do.  One of the dreams I wished for him has come true.  Three years later, Jude is finally a reader.  I'm so proud of him.